Then there's conferences that have never been there before, are quite original and are therefore spark everyone's imagination. One such a conference is the Symfony Catalunya conference. This "international Symfony event" is being organized by the generally awesome and friend of the community Marc Morera. The concept seems to be pretty simple: 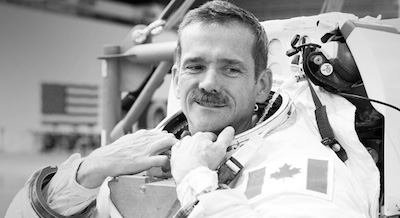 I'm proud to be a part of the conference myself and because I had to come up with something I had never done before, I hereby announce a new talk - a "soft" one so to say - inspired by the book "An Astronaut's Guide to Life on Earth", written by ex-International Space Station commander Chris Hadfield.

At age 9 a Canadian boy called Chris Hadfield witnessed the landing of Apollo 11’s lunar module on the moon. That night he decided he wanted to be an astronaut. Every time he had to make some decision in life, he picked the option that brought him closer to fulfilling that dream. He actually became an astronaut and is now quite famous for his work as commander of the International Space Station (ISS). Being an astronaut is a lot of work. It’s life-endangering, physically demanding and mentally exhausting. You need to make the right decisions under high pressure and live with people in cramped rooms. Compared to this, the life of a programmer seems easy peasy lemon squeezy. Yet there’s a great number of things that we, developers, can learn from Chris’s perseverance, his optimism, his way of life and the rules and procedures he applies to prevent major incidents.

See you in Barcelona for Symfony Catalunya!