I find it very curious that legacy (PHP) code often has the following characteristics:

I think the following happened:

The original developers tried to capture the domain logic in these classes. They implemented it based on what they knew at the time. Other developers, who worked on the code later, had to implement new features, or modify domain logic, because, well, things change. Also, because we need more things.

For instance, when a developer comes in and has to modify some of the logic related to "sales orders", they will look for classes with that name in it, like the SalesOrder entity, the SalesOrders controller, service, manager, helper, table gateway, repository, etc. Before considering the option to add more classes, most developers will first consider adding a method to one of the existing classes. Especially if the code of this class hasn't been tested.

Since this is legacy code we're talking about, it's very likely that the code hasn't been tested (if it was tested, would it be legacy code?). So most likely they will end up modifying the existing class, instead of thinking about what they really need: an object that does exactly what they need.

This is how legacy classes end up being so very large. We add more and more to it (since the new functionality is "related" to the existing code after all). It explains why legacy code has the first characteristic I mentioned at the beginning of this post ("Classes with the name of a central domain concept have grown too large."). The second characteristic still deserves some explanation though ("Methods in these classes have become very generic.").

Once we decide to take an existing class and modify it, we first analyze the code that's in the class: the method, the properties; we've all learned to take the D.R.Y. ("Don't repeat yourself") principle into account, so we're scared of redoing anything that was already done. While scanning the existing code, we may find several of the ingredients we need for the task at hand. Well, the ingredients are often somewhat useful, but not entirely what we need.

How is this usually achieved? Most often we use one of the following tactics:

Sometimes we even combine the two, making one method more generic, and calling it from a more specific one:

Over time, the original methods become more generic. That is, they can be used in many different scenarios. At the same time, the classes containing these methods keep growing. Every time we need a slightly different method, we add it, and use one of the tactics described. Slowly the class becomes too large to remain manageable (see also "Keep an eye on the churn; finding legacy code monsters").

If this goes on long enough, we end up with true spaghetti code. If you visualize the execution of the code as a string travelling through your code base, having all these specialized methods using generic, reusable ones, looks something like this: 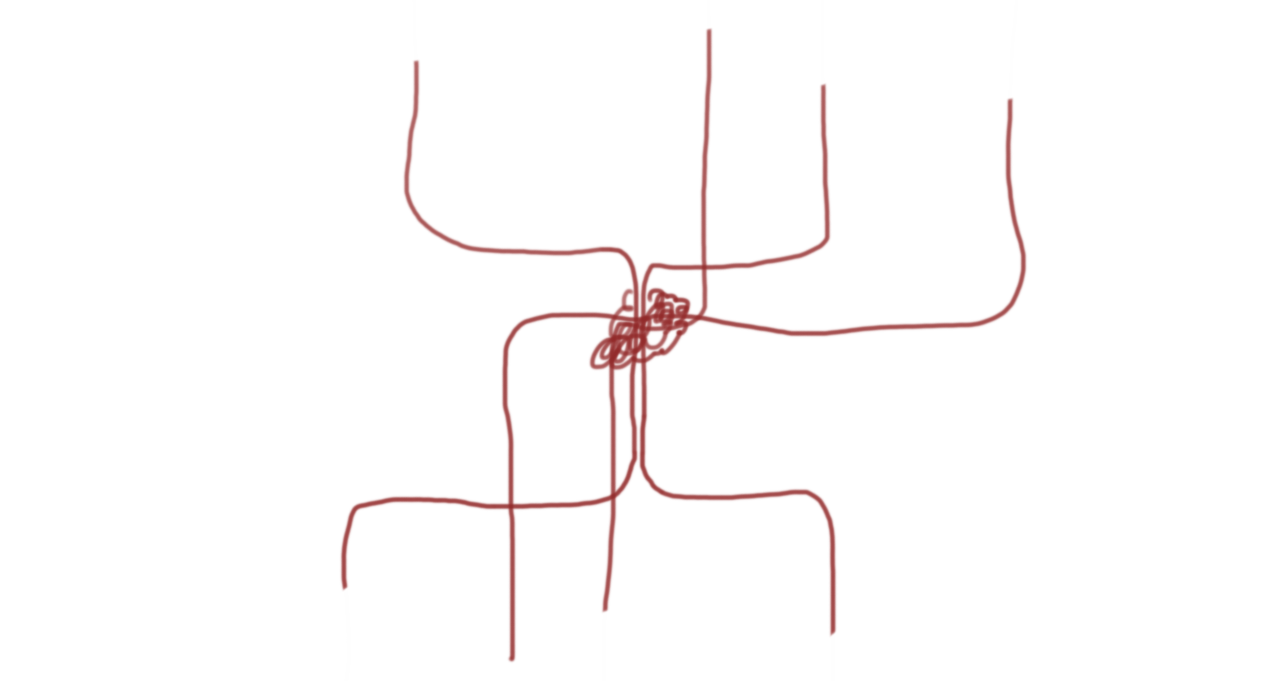 A very healthy way of untangling legacy code like this, is to take a step back. I like how Stijn Vannieuwenhuyse described this in a tweet:

if the abstractions are wrong, I inline as much as possible and start over. Still small, but not limiting to boundaries.

He hints at using the Inline Method refactoring multiple times, to collapse the hierarchy of method calls. For example, given the findOpenSalesOrders() method described above, we don't call another method (findAllSalesOrders()), but we copy all the code, (including the complicated SQL) from this method into the new method. Preferably we move this method to a new class, since we want to use this opportunity to make the original class a bit smaller.

At that point you've effectively made the new code independent of the old code, while preserving the original behavior. You could visualize this as "combing the spaghetti code". Instead of touching/using multiple functions, all the code involved gets executed from within one large function. You now have one string that's completely separate from the other still entangled "strings". 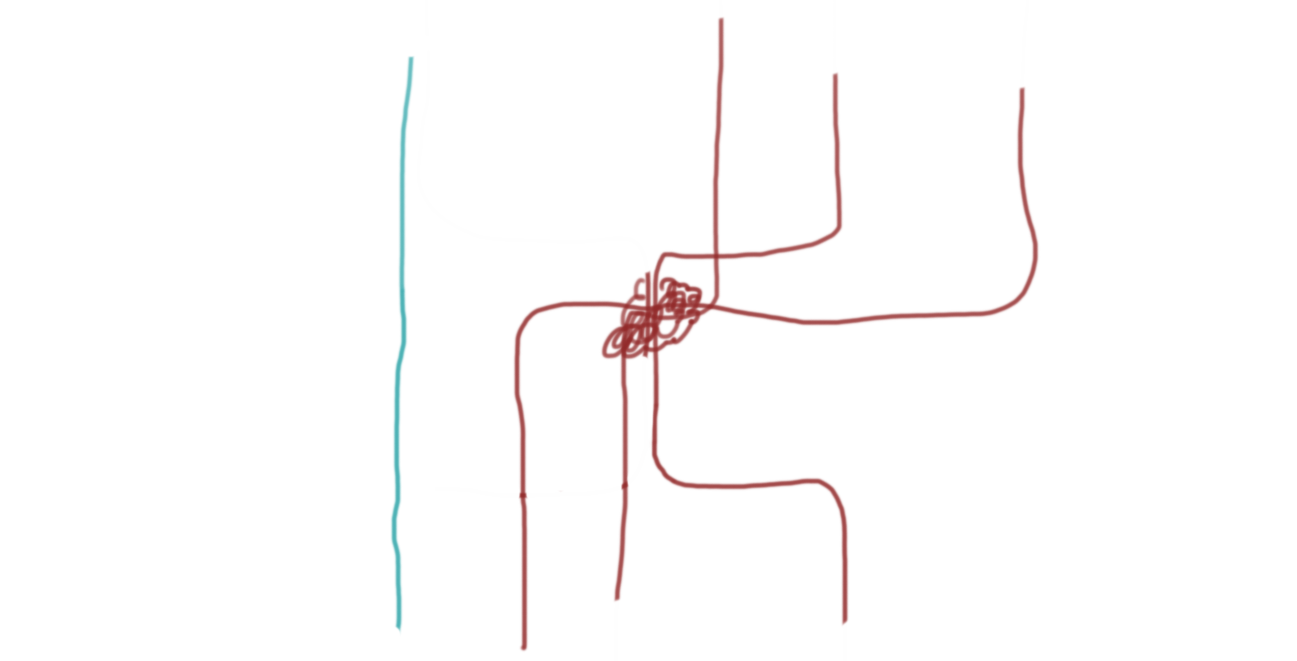 Of course, this single large method won't be very good, and you should not leave it as it is. Having the code all in front of you, instead of scattered across several monstrously big classes, allows you to rethink its design. It gives you the option to come up with different "abstractions", as Stijn calls it. In my recent experiences with legacy code, it also enables you to come up with much simpler solutions.

Keep in mind that the original code had become very generic, by means of added parameter flags or method decoration. Since we copied all the code, it now serves only one use case - the one we're working on right now. Because of this, most likely we can simplify the code we copied to the new method and end up with something that's quite well maintainable too.

"Combing" legacy code by untangling the strings is a good way to improve it and take back control over it. In existing legacy code, you should stop (re)using existing methods, making them ever more generic. Instead, you create new methods, and copy code from existing ones, allowing you to simplify this copied code and end up with a manageable class.

If you're looking for a way to prevent yourself from writing legacy code, you should become more aware of that moment I talked about; the moment you modify an existing method to serve a new use case. Think twice before you do so, because adding up all these moments will result in an unmaintainable class.

Do you have an exit strategy? Release of the Rector book Early release of Rector - The power of automated refactoring Successful refactoring projects - The Mikado Method Successful refactoring projects - Set the right goal
Comments
This website uses MailComments: you can send your comments to this post by email. Read more about MailComments, including suggestions for writing your comments (in HTML or Markdown).
Comment on this post by email
Funivan
24/04/2018

It would be nice to have tools for converting method to the class. I prefer to write leads then 10 methods in the class. This rule avoid huge objects.

Yeah, I think I saw this in Intellij, but not in PhpStorm... It would definitely be useful.

Try to DRY when you have no context/abstractions and everything falls into primitive obsession antipattern.
Those are the REALY very generic methods that scares a lot ;)

Indeed! Thanks for mentioning that.

While having some huge method with loads of flags to build just about any query you'd like to perform for some entity (to follow the example) isn't a good thing, having a (rather complex) chunk of SQL copy-pasted into half a dozen method isn't optimal either - because we all know that one day soon, we'll need to add some check to all of those queries and we'll probably forget one of them.

I feel some sort of middle ground would be optimal. Have a class (or classes) that expose meaningfully named methods with parameters. These methods can then construct filters/criteria which are passed on to a private/protected method or a method of another class. This approach could even be layered it that makes sence for the application at hand.
This probably seems like the "Sometimes we even combine the two" scenario you gave, except that this wouldn't be an old method becoming more generic by accident, it is a method that is generic on purpose and designed to be generic.

Totally agree with your assessment here :) Thanks for sharing.