Where should it go?

If you're one of those people who make a separation between an application and a domain layer in their code base (like I do), then a question you'll often have is: does this service go in the application or in the domain layer? It sometimes makes you wonder if the distinction between these layers is superficial after all. I'm not going to write again about what the layers mean, but here is how I decide if a service goes into Application or Domain:

Is it going to be used in the Infrastructure layer? Then it belongs in the Application layer. 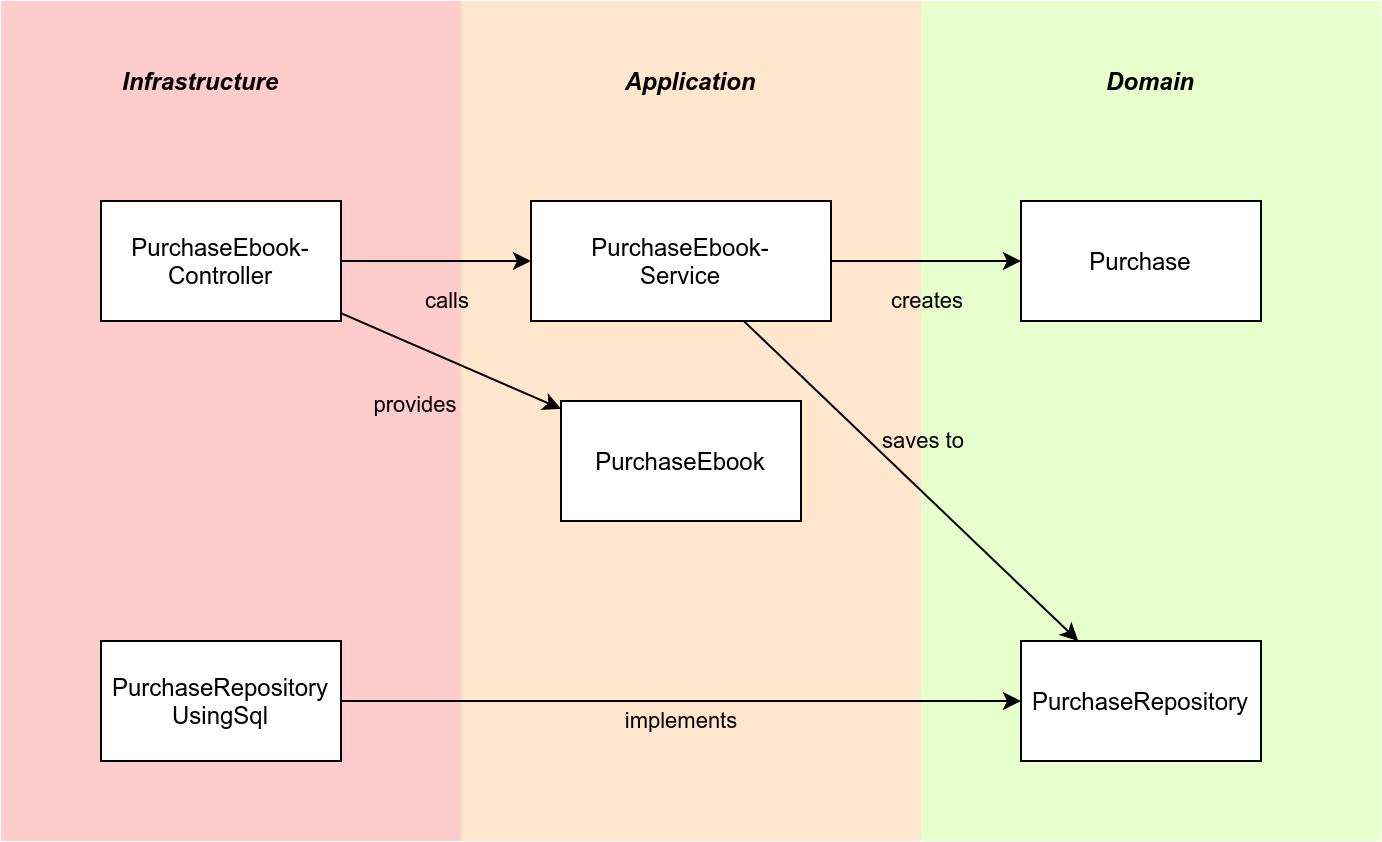 Why is the PurchaseRepository interface in Domain? Because it won't and shouldn't be used directly from Infrastructure (e.g. the controller). The same goes for the Purchase entity. It should only be created or manipulated in controlled ways by application services. But from the standpoint of the Infrastructure layer, we don't care if the application service uses an entity, a repository interface, or any other design pattern. As long as it does its job in a decoupled way. That is, it's not coupled to specific infrastructure, neither by code nor by the need for it to be available at runtime.

This gets us to an interesting possibility, which is somewhat experimental: we can define the API that the Application layer offers to its surrounding infrastructure as an actual interface. E.g.

That second method, listAvailableEbooks() is an example of a view model that could be made accessible via the ApplicationInterface as well.

I think the-application-as-an-interface is a nice design trick to force Infrastructure to be decoupled from Application and Domain code. Infrastructure, like controllers, can only invoke Application behavior via this interface. Another advantage is that creating acceptance tests for the application becomes really easy. You only need the ApplicationInterface in your test and you can run commands and queries against it, to prove that it behaves correctly. You can also create better integration tests for your left-side, or input adapters, because you can replace the entire core of your application by mocking a single interface. I'll leave a discussion of the options for another article.

Thank you very much.