Starting out with the basics (words have meaning within a context; when we make the boundary of this context explicit we end up with a bounded context), Eric discussed two main topics: the Big Ball of Mud, and bounded contexts in the context (no pun intended) of microservices.

Legacy applications are always framed in a negative way, as if it's something to get away from. Personally, I've come to enjoy them a lot. However, there will always be the urge to work around legacy code. The Bubble Context (PDF) can be a great way of creating a new model that works well next to the already existing models. To keep a safe buffer between the new and the old model, you could build an Anti-Corruption Layer (ACL). A fun thing Eric mentioned is that the buffer works in two directions. The ACL also allows the old model to keep functioning without being disturbed by all the new things that are going on in the Bubble Context.

All of a sudden it became book-writing season. It began in August when I started revising my second book, "Principles of Package Design". Apress had contacted me about adopting it, and they didn't want to change a lot about it. However, the book was from 2015 and although I had aimed for it to be "timeless", some parts needed an update. Furthermore, I had happily pressed the "Release" button back then, but it's the same as with software development: the code you wrote last year, you wouldn't approve of today. 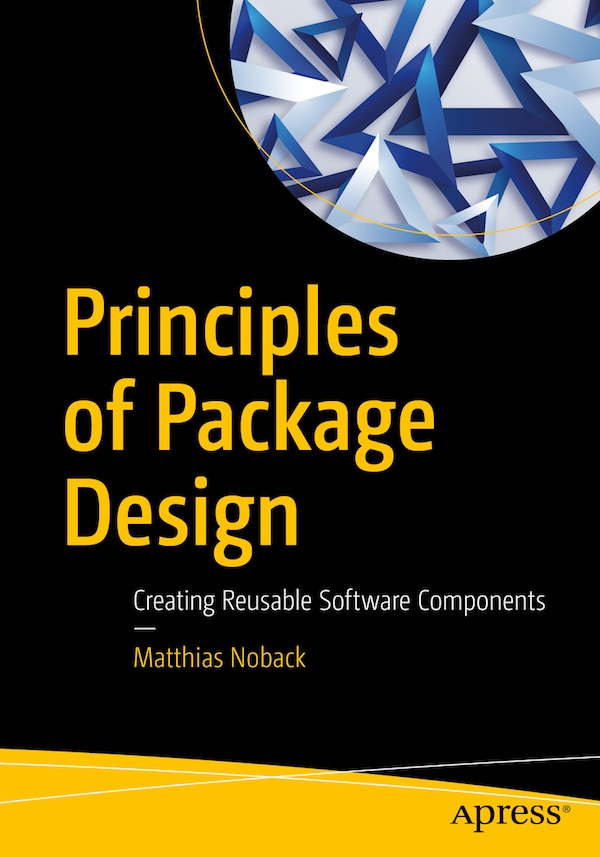 In part 1 of this short series (it's going to end with this article) we covered how you can test-drive the queries in a repository class. Returning query results is only part of the job of a repository though. The other part is to store objects (entities), retrieve them using something like a save() and a getById() method, and possibly delete them. Some people will implement these two jobs in one repository class, some like to use two or even many repositories for this. When you have a separate write and read model (CQRS), the read model repositories will have the querying functionality (e.g. find me all the active products), the write model repositories will have the store/retrieve/delete functionality.

In particular if you write your own mapping code (like I've been doing a lot recently), you need to write some extra tests to verify that the persistence-related activities of your repository function correctly.

I currently offer remote training sessions for only € 1500,- /day.